PORTLAND, Ore., Sept. 19 (UPI) -- Charlie, a chimpanzee who spent most of his life at the Oregon Zoo, collapsed and died suddenly of a heart attack or stroke.

The chimpanzee was active on his last day, a spokesman at the zoo in Portland told The Oregonian. Bill LaMarche said that Thursday morning Charlie greeted the keepers with his usual gusto and climbed on the structure provided for him.

At about 3 p.m., keepers heard commotion and saw one of the chimpanzees fall. By the time they got the four females who shared the exhibit with Charlie out of the way, he was dead.

Charlie was 39 when he died, late middle age for a chimpanzee. He was brought to Portland as a youngster by Edward Miller, a contractor from Africa who bought the baby to keep him from becoming bush meat. Miller gave him to the zoo in 1972.

Dave Thomas, 60, the zoo's senior primate keeper, began working with Charlie as a volunteer in the early 1970s.

"I thought I'd be leaving him, not him leaving me," Thomas said. "This is an end of an era."

A necropsy determined Charlie was most likely killed by a heart attack or stroke.

World News // 2 hours ago
100,000 demonstrate for abortion rights in Poland
Oct. 31 (UPI) -- Tens of thousands of women converged on Warsaw Friday to protest a court decision that would ban nearly all abortions in Poland. 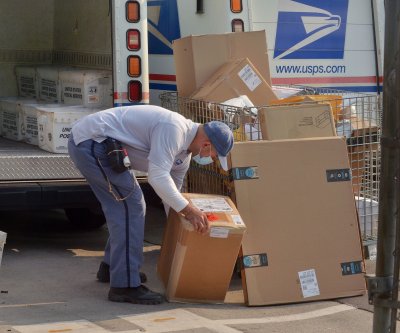 World News // 7 hours ago
Death toll rises to 39 in Turkey earthquake
Oct. 31 (UPI) -- Turkish officials said Saturday that the death toll of a magnitude-7.0 earthquake has risen to at least 39 people with more than 800 injured in the coastal city of Izmir

World News // 5 hours ago
French authorities arrest two in connection with Nice knife attack
Oct. 31 (UPI) -- French officials say they have arrested two men suspected of being in contact with the man who killed three people at a church in Nice Thursday.