Organizers, after meeting with Interior Minister Ivica Dacic, said they're confident police will do their best to keep order during Sunday's Pride Day parade, the Serbian news Web site B92 reported.

Dragana Vuckovic, a member of the parade's organizational committee, said threats from neo-Nazi skinhead groups and Serbian nationalists would not intimidate them into canceling the parade. Parade officials said if protesters were allowed to harm marchers, it would be the responsibility of the state and not the organizers.

Serbian gay activists have been unable to hold a Pride Day parade since 2001 due to threats by right-wing and religious organizations, Amnesty International's British official said, blaming a "lack of political will on the part of the authorities to fulfill their obligations to guarantee human rights defenders their right to freedom of expression and assembly."

The group said Serbian authorities "must condemn publicly all attacks on and threats to human rights activists, and provide protection and support during the forthcoming Belgrade Pride parade." 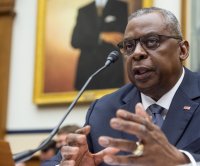