HARTFORD, Conn., Sept. 2 (UPI) -- The mayor of Hartford, Conn., says he will remain in office while he wages a legal fight against corruption charges involving a parking lot contract.

The television station said Perez appears to be losing support among city officials and his constituents.

"My primary concern at this point is how the mayor's affairs are affecting city business and what is the perception of the city," Councilman Kenneth Kennedy said.

At a news conference Monday at his lawyer's office, Perez denied any wrongdoing, the Hartford Courant said.

While he did not go into specifics about the charges, he said he expected to be arrested soon.

The charges reportedly involve a no-bid contract given to former state Rep. Abraham Giles, a friend and ally of Perez.

"I am innocent of the charges against me and I will fight for the facts to come out because the truth is on my side," Perez said. "Let me be clear: I will not resign. I will continue to serve the people of Hartford because they elected me to a job and that job is not finished." 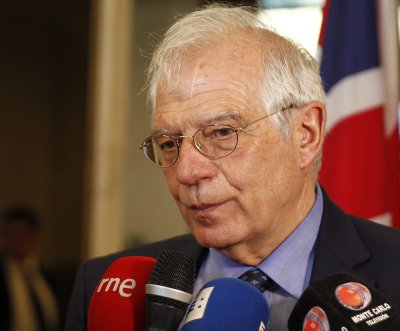