The lack of "an injury in fact" meant the federal court lacked jurisdiction to consider broader constitutional questions about the law, which bars the federal government from treating same-sex marriages as legal or granting federal benefits to same-sex spouses, the Los Angeles Times reported Tuesday.

A U.S. Justice Department official last week called the Marriage Act discriminatory but said the department was obliged to defend it until Congress moves to repeal or amend the law.

A suit filed by Smelt and Hammer in California Superior Court was dismissed earlier this year on similar grounds because their marriage is considered legal in California, the Times said. 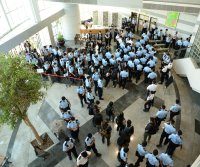 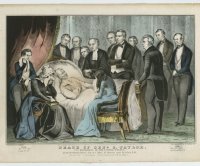 Top News // 2 hours ago
UPI Almanac for Thursday, June 17, 2021
On June 17, 1991, a coroner in Kentucky exhumed the remains of President Zachary Taylor to prove or disprove rumors he was killed by arsenic poisoning.