Clinton's visit with Kim was a private one meant to secure the release of two U.S. journalists, and Jones said members of his traveling party were still being debriefed. But he added it appeared Kim's grip on power was still strong despite recent health problems.

"Preliminary reports appeared that Kim Jong Il is in full control of his organization, his government," he said. "The conversations were respectful and cordial in tone." 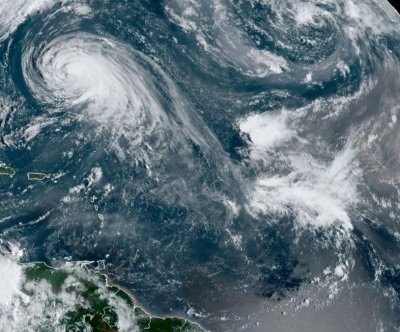 Top News // 6 hours ago
On This Day: JFK proposes joint venture with Russia to land on moon
Sept. 20 (UPI) -- On Sept. 20, 1963, President John F. Kennedy proposed a joint venture between the United States and Russia to reach the moon.

U.S. News // 13 hours ago
Bobcat fire in L.A. County intensifies; Northwest firefighters go into isolation
Sept. 19 (UPI) -- A new wildfire broke out in California Friday and had burned 91,000 acres of land and some firefighters went into isolation this weekend after being exposed to COVID-19 amid record-breaking fires that have burned up.

U.S. News // 16 hours ago
Protesters return to Portland streets after pausing due to smoke
Sept. 19 (UPI) -- Demonstrators returned to downtown Portland Friday to call for police reforms after taking a hiatus of more than a week due to unhealthy air quality.