The plane crashed about 3 p.m. Sunday near the east end of Rimrock Lake, about 40 miles west of Yakima, the Herald-Republic reported. 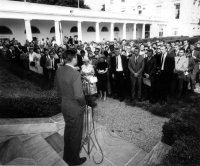 U.S. News // 8 hours ago
Asteroid 3 times taller than Niagara Falls to zip past Earth on 1st day of fall
Astronomical autumn kicks off on Wednesday afternoon, and the start of the new season will coincide with an asteroid larger than the Statue of Liberty swinging past the Earth.
Advertisement