LONGMONT, Colo., June 28 (UPI) -- A 12-year-old boy was killed Sunday when stomped on by a bull that threw him while he was competing in a rodeo in Colorado, authorities said.

Boulder County Sheriff's Deputy Cathy Bryarly said the youth was tossed from the bull's back before he completed the 6-second ride and the animal's rear legs came down on his lower abdomen, missing a protective vest he was wearing, the Longmont Times-Call reported.

The accident occurred about 11:20 a.m. during the Little Britches Rodeo at the Boulder County Fairgrounds.

Bryarly said the accident happened too quickly for three rodeo clowns in the arena to distract the bull, the newspaper said.

The boy, whose name wasn't released, was conscious when rushed to Longmont United Hospital, where he died, Bryarly said.

"Although youth rodeo events use animals that are age-appropriate in size and demeanor, there is always an inherent risk to rodeo participants when dealing with these animals," Sgt. Mike Dimond of the sheriff's office said in a statement.

Dimond later told the newspaper such accidents tend to be rare.

"It could happen any time," he said. "I'm just surprised it doesn't."

U.S. News // 1 hour ago
LVMH sues to abandon $16B deal to acquire Tiffany & Co.
Sept. 29 (UPI) -- The owner of luxury retailer Louis Vuitton has filed a countersuit against Tiffany & Co. in an effort to abandon a $16 billion acquisition agreement. 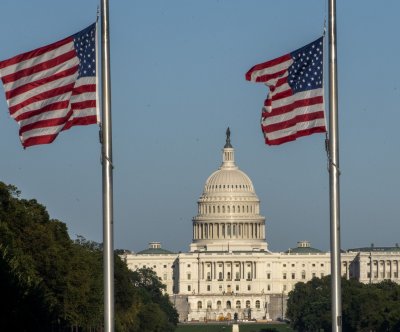