A motorcycle burns as supporters of reformist candidate Mir Hossein Mousavi gather on the streets to protest the results of the Iranian presidential election in Tehran, Iran on June 13, 2009. (UPI Photo) | License Photo

Supporters of reformist candidate Mir Hossein Mousavi clash with a injured riot police as they gather on the streets to prevent demonstrating against the results of the Iranian presidential election in Tehran, Iran on June 13, 2009. (UPI Photo) | License Photo

Iran's reformist candidate Mir Hossein Mousavi (C) speaks among his supporters on the streets of Tehran to demonstrate against the results of the Iranian presidential election, in Tehran, Iran on June 15, 2009. The march came hours after Iran's supreme leader Ayatollah Ali Khamenei ordered an examination into election fraud. (UPI Photo/Hossein Fatemi) | License Photo

Protests erupted in Tehran shortly after incumbent President Mahmoud Ahmadinejad was declared the winner of Friday's election by a landslide over his closest challenger, moderate Mir Hossein Mousavi.

The chancellor of Iran's Shiraz University resigned Tuesday to protest a security force attack, believed to have left one student dead, The Guardian reported.

Mohammad Hadi Sadeghi said he stepped down after riot police and special forces stormed a library and fired tear gas Monday, the latest in a series of student-police confrontations on the campus since last week. More than 100 students were arrested and at least one staff member was assaulted, the British newspaper said.

In Mashhad, the Basij militia and Ansar-e Hezbollah militant group clashed with students at Ferdowsi University, while universities in Sistan-Baluchestan, Kermanshah and Mazandaran also reported unrest, the newspaper said. Unconfirmed reports indicated two people died in Orumiyeh during a rally.

Mousavi's supporters took to the streets of Tehran, often clashing with police and Ahmadinejad supporters. Reports from Iranian media indicate seven people have been killed.

In announcing the prohibition of foreign media coverage, Iran's government said some of the coverage and images was biased. International news outlets can report on the rallies in live reports, but cannot leave their hotel rooms or offices, CNN reported.

Iran's Guardian Council, which oversees elections, agreed to recount some of the challenged votes, Iran's state-run Press TV reported Tuesday. However, Mousavi rejected the idea, asking that the results be annulled and a new election held.

World News // 44 minutes ago
Plunging sales force Nissan to leave Korea
SEOUL, May 29 (UPI) -- Japanese automaker Nissan Motor announced Thursday that it plans to pull out from South Korea at the end of 2020, 16 years after it entered the country in 2004.

U.S. News // 2 hours ago
George Floyd protesters rock Minneapolis for third night
May 29 (UPI) -- Protests over the police-involved death of George Floyd continued well into the morning Friday in a third day of violence in Minneapolis, while similar disturbances broke out in Louisville and other parts of the country. 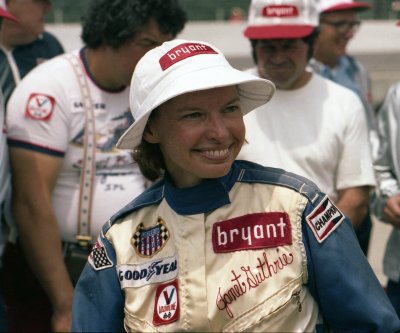