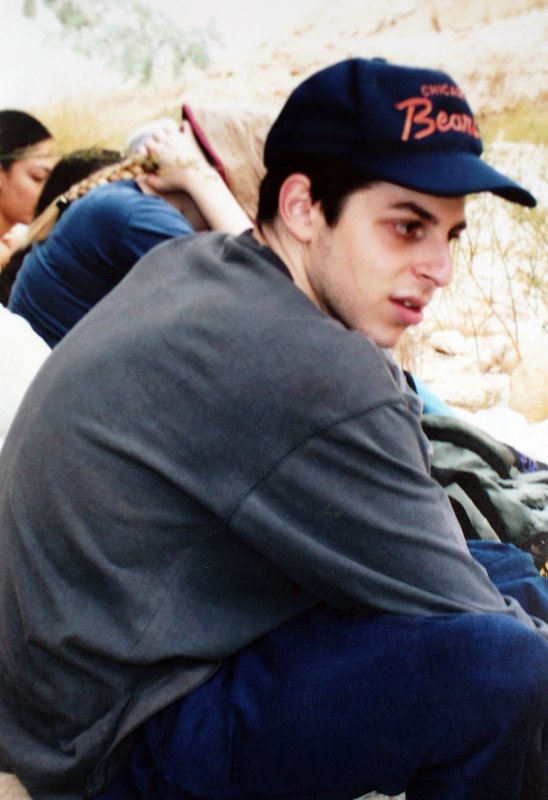 A family handout photograph shows abducted Israeli soldier Cpl.Gilad Shalit when he was a senior in high school in 2005. Israel accused the Iranian government of paying $50 million to block a deal that would have freed the Israeli soldier captured by Hamas-linked militants who crossed from Gaza into Israel on June 25. Israel's U.N. Ambassador Dan Gillerman told the UN Security Council that "we heard news" earlier in the day on Thursday that Tehran bribed Hamas leader Khaled Mashaal "to sabotage the negotiations on the release of Cpl. Gilad Shalit and prevent his release." Iranian diplomat Mansour Sadeghi told the council his goverment "catergorically rejected" the allegations against his country made by Israel, dismissing Gillerman's allegations as "baseless and absurd." (UPI Photo/Handout) | License Photo

Carter, who spent several days meeting with Israeli government officials, accepted the letter for Shalit from the kidnapped soldier's parents Friday, and promised to deliver it to Hamas, Maariv reported Tuesday.

Ynetnews.com said Hamas officials refused to say whether they would give Carter a letter from the soldier for his parents.

At a meeting with members of the Knesset's foreign affairs and defense committee Monday, Carter said he will do his utmost to receive "a sign of life" from Shalit, who has been held captive in Gaza for three years.

Shimshon Liebman, a member of a committee canvassing for the soldier's return, told the newspaper the Shalit family hopes Carter will succeed in receiving some sign of the soldier's well being.

"We pray that former President Carter, one of a few Americans who maintain contact with Hamas, will succeed in returning with a sign of life from Gilad," he said.

In June 2006, while on operational duty near the Gaza border, Shalit was abducted and taken to Gaza.

U.S. News // 6 hours ago
U.S. sues Arizona over proof of citizenship voting law
July 5 (UPI) -- The Department of Justice filed a lawsuit against Arizona over a new state law that would require residents to provide proof of U.S. citizenship to vote in federal elections.

U.S. News // 6 hours ago
Uvalde, Texas, victims aren't getting compensated from state fund as intended, officials say
July 5 (UPI) -- State Sen. Roland Gutierrez and Uvalde Mayor Don McLaughlin said families of the Uvalde shooting victims are experiencing delays in getting compensation from the state and that the compensation has been insufficient.