DETROIT, June 10 (UPI) -- Michigan police say DNA testing has positively identified the remains of a child found in a shallow grave as 5-year-old Nevaeh Buchanan who disappeared May 24.

The child's body was found by two fishermen beneath a layer of concrete along the River Raisin in Rainsinville Township, the Detroit Free Press reported Wednesday.

Capt. Michael Thomas, director of the State Police forensic division, says it will take weeks to analyze evidence taken from the gravesite.

"There's someone out there who might have killed a little girl," says Thomas. "She is the top priority."

Two convicted sex offenders out on parole who had been labeled as persons of interest in the case have been sent back to prison to finish their original sentences, says the Michigan Department of Corrections.

Family members gathered Tuesday evening in the Monroe apartment where Navaeh lived with her mother, Jennifer Buchanan and her grandmother and legal guardian, Sherry Buchanan.

Funeral services will be held Saturday.

U.S. News // 8 minutes ago
Dow falls 260 points as markets reverse from early gains
May 18 (UPI) -- U.S. markets reversed early gains on Tuesday after reports that housing starts had fallen and continued concern over how inflation might affect growth stocks.

World News // 12 hours ago
Nearly entire EU bloc calls for Israeli-Palestinian cease-fire
May 18 (UPI) -- The European Union on Tuesday called for an immediate cease-fire in the fighting between Israel and the Palestinian militant group Hamas, which has claimed more than 200 lives. 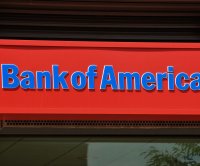