President Barack Obama speaks to members of the media during a Cabinet meeting at the White House in Washington on June 8, 2009. (UPI Photo/Kevin Dietsch) | License Photo

Democratic nominee Barack Obama, then a senator from Illinois, raised $745.7 million in private funds for his primary nomination and general election campaign.

Obama's was the first campaign in the history of presidential public financing in which a major party nominee did not accept public funds -- and its restrictions -- for the general election, the FEC said.

The two parties received $16.8 million each in federal funds for their nominating conventions, while host committees raised a total of $124.3 million in support of their activities.

Individuals, parties and other groups spent $168.8 million independently to advocate the election or defeat of presidential candidates during the 2008 campaign. In the three previous election cycles, similar spending totaled $192.4 million, $14.7 million and $1.4 million.

Defense News // 13 hours ago
Biden administration working on plans to evacuate thousands of Afghans
June 24 (UPI) -- The Biden administration will relocate Afghan interpreters and others who assisted U.S. forces to other countries while they wait for special immigrant visas to enter the United States. 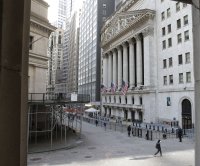