WASHINGTON, June 4 (UPI) -- The recession-driven safety net of government benefits is at a record high, as $1 of every $6 of U.S. income is a government payment, an analysis showed.

The Bureau of Economic Analysis said benefits such as Social Security, food stamps, unemployment insurance and healthcare accounted for 16.2 percent of personal income during the first quarter of this year, the highest since the government began compiling records in 1929, USA Today reported Thursday.

Federal data indicate government spending on benefits will top $2 trillion in 2009, averaging $17,000 provided to each U.S. household. Benefits rose at a 19 percent annual rate in the first quarter of 2009 compared to the last three months of 2008.

USA Today said drivers of the $209 billion increase in benefit costs from a year ago include:

"The increase in social spending is still relatively modest given the severity of the downturn," says economist Dean Baker of the liberal Center for Economic and Policy Research.

Adam Lerrick, economist at the conservative American Enterprise Institute, told USA Today the explosion in benefits eventually will lead to an economic crisis.

"We've seen this movie before in many countries. It always has the same ending," Lerrick said.

U.S. News // 7 minutes ago
Fed survey: Many in U.S. felt OK about finances at end of 2021 despite poorer view of economy
May 23 (UPI) -- According to a yearly assessment by the Federal Reserve, many Americans were already concerned at least somewhat about the U.S. economy late last year before the rising inflation and energy prices that have marked 2022.

U.S. News // 1 hour ago
Stock market shows glimmer of hope in early Monday trading
May 23 (UPI) -- Wall Street started Monday with a surge in early trading as it tried to dodge falling into bear market territory with all three indexes showing solid gains.

U.S. News // 1 hour ago
1 dead after 4 people fall at least 300 feet from California cliffside
May 23 (UPI) -- Four people plunged at least 300 feet over the side of a Palos Verdes Estates, Calif., cliff Monday morning, leaving one of them dead, Los Angeles County authorities said.

World News // 1 hour ago
5.5-magnitude quake strikes in Japan off coast of 2011 Fukushima disaster site
May 23 (UPI) -- Scientists say that a strong earthquake was recorded off the coast of Japan -- near Fukushima, which was the site of a nuclear accident a decade ago that was triggered by a quake. 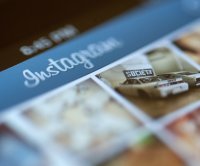