Domestic partnerships to be law in Nevada 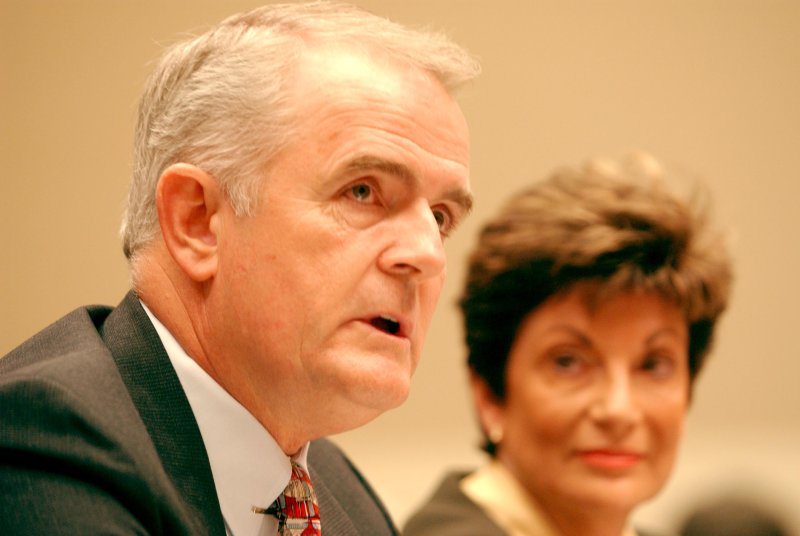 The vote, coupled with the state Senate's 14-7 override during the weekend, means the bill becomes effective Oct. 1, the Las Vegas Review-Journal reported Monday.

Under the law, couples -- whether same sex or opposite sex -- can sign a registry at the secretary of state's office, then pay a fee for a domestic partnership contract that essentially gives them the same legal rights and responsibilities as married couples, the newspaper said.

Employers are not required to offer healthcare and other benefits to domestic-partner couples, but may if they wish.

"I'm immensely pleased that the veto of the governor has been overridden," said state Sen. David Parks, the bill's chief sponsor. "It's a great day for fairness and equality in Nevada."

Domestic partnerships, or civil unions, aren't the same as same-sex marriages, legal in five states. Nevada voters in 2002 approved a constitutional amendment specifying that a marriage can be between only a man and a woman.

Conservative activist Richard Ziser, who led the drive for the constitutional amendment, said his supporters would review their options before deciding on a next step.

U.S. News // 9 hours ago
Forecasters: Central U.S. will plunge back into winter next week
Chilly air, which has gripped the central United States all week, will be reinforced by another shot of cold weather early next week, forecasters said Saturday.

World News // 16 hours ago
Prince Philip laid to rest in St. George's Chapel
April 17 (UPI) -- Millions of people around the globe watched Saturday as Prince Philip, the longest-serving consort of a British monarch, was laid to rest at Windsor Castle in a small funeral limited by COVID-19 restrictions.

U.S. News // 10 hours ago
West Point expels 8 cadets, holds more than 50 back a year in cheating scandal
April 17 (UPI) -- West Point has expelled eight cadets and held back more than 50 for a year after completing its investigation into cheating on a remote learning May calculus exam.

U.S. News // 11 hours ago
Death toll increases to 4 in capsized boat near Louisiana; 9 missing
April 17 (UPI) -- The U.S. Coast Guard said it's recovered four bodies from a commercial vessel that capsized off the Louisiana coast earlier this week, but nine remain missing.