Citing unnamed sources, The Washington Post reported Saturday that Powell has told associates he will use Sunday's appearance on CBS Television's "Face the Nation" program to respond to such GOP detractors as former Vice President Dick Cheney and talk show host Rush Limbaugh, who have ridiculed Powell's calls for the party to move to the middle of the political spectrum.

"What Colin Powell needs to do is close the loop and become a Democrat, instead of claiming to be a Republican interested in reforming the Republican Party," Limbaugh said recently on his show.

The Post cited a National Journal article quoting Powell's talk to corporate security executives at a conference in Washington this month, in which he said, "The Republican Party is in deep trouble," and added, "Americans do want to pay taxes for services. Americans are looking for more government in their life, not less."

U.S. News // 7 minutes ago
Texas man's home becomes island after storm surge from Hurricane Nicholas
For Chris Sims and the rest of Treasure Island, Texas, the disastrous events brought on by Hurricane Nicholas probably won't be used as marketing material on the town's welcome website. 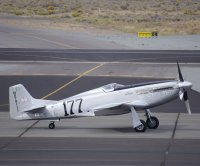