Mulroney: 'No wrongdoing on my part'

Canadian Prime Minister Brian Mulroney enjoys a light moment after receiving a gift of the bust of the late John F. Kennedy from Massachusetts Senator Edward M. Kennedy (R) prior to a tour of the John F. Kennedy Library in Boston on May 3, 1989. Mulroney, during his two day stay in Boston, will receive the Christian A. Herter Memorial Award, given to individuals who contributed to “better international understanding.” (UPI Photo/Stuart Cahill/Files) | License Photo

OTTAWA, May 12 (UPI) -- Former Canadian Prime Minister Brian Mulroney said Tuesday he regretted the way he handled dealings with a lobbyist, but testified nothing he did was illegal.

"My business relationship with Mr. (Karlheinz) Schreiber was legal and involved no wrongdoing of any kind at any time on my part," Mulroney testified.

"I genuinely regret, however, that the circumstances surrounding these transactions, for which I am largely responsible, give rise to suspicions as to their propriety," he said during a three-day inquiry conducted in Ottawa, CTV reported.

Justice Jeffrey Oliphant, at the request of Prime Minister Stephen Harper, is trying to get to the bottom of hundreds of thousands of dollars in cash payments Schreiber made to Mulroney in 1993 and 1994.

Schreiber says he paid Mulroney $300,000 in cash. Mulroney admits to $225,000. He also alleges that he received the money after he left office and that it was to lobby foreign governments.

Schreiber -- a German-born Canadian citizen who is a lobbyist, fundraiser and arms dealer -- says he struck the deal while Mulroney was still prime minister and the payments were for Mulroney to lobby the Canadian government.

Schreiber was a respected entrepreneur when Mulroney first entered into a commercial arrangement with him in 1993, Mulroney testified Tuesday.

But by 1999, Schreiber had been arrested and was facing extradition to Germany, Mulroney said.

Germany wants Schreiber extradited to face charges of fraud, bribery and failure to pay taxes on $20 million in commissions related to sales in the 1980s of Airbus SAS jets.

World News // 1 hour ago
Brother of killed S. Korean official denies he had planned to defect
SEOUL, Sept. 29 (UPI) -- The brother of the South Korean fisheries official killed last week by North Korean soldiers criticized the government's response to the incident on Tuesday and denied allegations that his brother had intended to defect.

U.S. News // 4 hours ago
County, family of Maryland man killed by police reach $20M settlement
Sept. 29 (UPI) -- Officials in Maryland announced they have reached a $20 million settlement with the family of a man who was killed by a police officer in January. 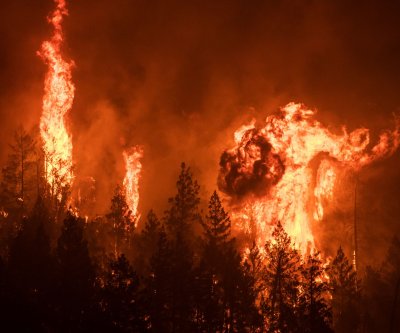