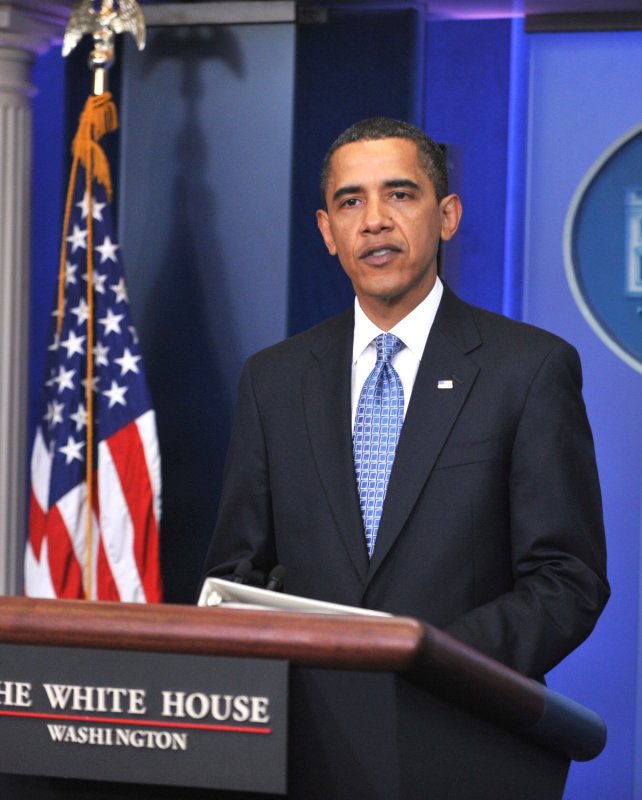 During a news conference, the changes Obama asked Congress to pass called for reforms to the U.S. Tax Code that Obama says stifle U.S. job creation. Second, the changes seek to reduce the amount of tax revenue lost to tax havens, whether through tax code loopholes that allow companies to legally avoid paying billions in taxes or through the illegal use of hidden accounts by wealthy individuals.

"Some citizens and businesses dodge their (tax) responsibilities," Obama said, by taking advantage of what he called "a broken tax code."

Combined with other international tax reforms that will be included in Obama's full budget request later in May, the initiatives would raise $210 billion over the next 10 years, he said. It also calls for hiring 800 IRS employees.

In 2004, the most recent year for which data is available, U.S. multinational corporations paid about $16 billion of U.S. tax on approximately $700 billion of foreign active earnings, an effective U.S. tax rate of about 2.3 percent, the White House said in a briefing paper. A January 2009 GAO report uncovered 83 of the 100 largest U.S. corporations have subsidiaries in tax havens.

Obama said he would seek to repeal the ability of U.S. companies to take deductions against their U.S. taxable income for expenses supporting profits in low-tax jurisdictions. Combined with closing loopholes in the foreign tax credit program, the revenues saved would be used to make permanent the tax credit for research and experimentation, he said.

"It will take time to undo the damage," Obama said. "But with the steps I am announcing today ... we're beginning to restore (tax) fairness and balance."

World News // 13 hours ago
Woman dies, at least 41 others rescued after migrant boat sinks off Greece
Feb. 5 (UPI) -- A woman died and dozens of others were rescued after a boat carrying migrants sunk Sunday off the coast of the Greek island Leros.

U.S. News // 14 hours ago
No jackpot winners in Saturday's Powerball drawing, prize reaches $747 million
Feb. 5 (UPI) -- Nobody claimed the Powerball jackpot for the 33rd time in a row on Saturday, pushing the grand prize to $747 million ahead of Monday's drawing.
Advertisement