Obama visited Mexico, scene of dozens of deaths attributed to a new variant of the swine flu virus, on April 16, shaking hands at one point with a Mexican archaeologist who died within 24 hours of the meeting from the swine flu outbreak, the British tabloid The Daily Mail reported.

But White House spokesman Josh Earnest indicated Sunday that Obama's health is not in danger.

"His doctors have advised him that his trip to Mexico has not put his health in any danger," Earnest told The New York Daily News.

The newspaper said administration aides have refused to say what procedures Obama's doctors have taken, such as whether he was tested for the illness or underwent any inoculations, but one unnamed aide told the Daily News, "I can tell you that the president doesn't have any symptoms, and his doctors advised that there was no need for him to be tested." 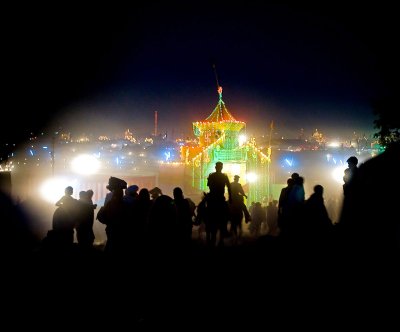 Top News // 14 hours ago
On This Day: India gains independence from Britain
Jan. 26 (UPI) -- On Jan. 26, 1950, India ceased to be a British dominion and became the Republic of India, the most populous democracy in the world.