L'AQUILA, Italy, April 9 (UPI) -- The bones of one of the Catholic Church's most enigmatic popes survived the Italian earthquake and were taken Thursday from the church where he was buried.

St. Celestine V's bones will be stored safely while the Basilica di Collemaggio in L'Aquila, which was damaged in the quake, is repaired, the Italian news agency ANSA reported.

''It's another great miracle by the pope,'' said Fabio Carapezza Guttuso, head of the country's Heritage Security Commission, of the survival of Celestine's earthly remains.

Celestine, the last pontiff not chosen by a conclave, was proclaimed pope in 1294 in L'Aquila. Five months later, he resigned his office.

The pope hoped to spend the rest of his life as a hermit. His successor, Boniface VIII, instead imprisoned him in a castle where he died within a year, ANSA reported.

The poet Dante, who despised Boniface, blamed Celestine in "The Inferno" for his "great refusal" of responsibility. But Celestine has been admired by many for his virtue. 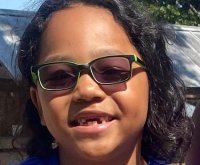 U.S. News // 2 hours ago
Body of 7-year-old found after group of 9 tubers goes over North Carolina dam
June 21 (UPI) -- A day after officials suspended search for two people missing following a tubing incident in North Carolina last week a body of one of the missing tubers was found. 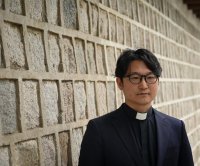 World News // 2 hours ago
Suspended South Korean pastor challenges church's position on LGBTQ issues
SEOUL, June 21 (UPI) -- The Rev. Lee Dong-hwan, suspended by the Korean Methodist Church for two years over a blessing he gave at a queer festival, has become a central figure in a movement that hopes to transform the church in South Korea.

World News // 11 hours ago
Israeli PM Naftali Bennett says patience with Hamas 'has run out'
June 20 (UPI) -- Israeli Prime Minister Naftali Bennett warned Sunday that Israel's patience for the militant group Hamas "has run out" in his first public statement as head of the government.