BELFAST, Northern Ireland, March 23 (UPI) -- Suspects arrested in the recent sectarian slayings in Northern Ireland should either be charged or released, a Sinn Fein leader says.

Gerry Adams of Sinn Fein demanded that the suspects being held in the March 7 shootings of British soldiers Cengiz Azimkar and Mark Quinsey, and the March 9 slaying of police constable Stephen Carroll be charged with crimes or cut loose, CNN reported Monday.

"There are currently a number of people, including a 17-year-old juvenile, being detained by the (Police Service of Northern Ireland) for periods extending beyond human rights best practice," Adams said. "This is not acceptable."

The killings have been claimed by dissident elements of the Irish Republican Army, but the sectarian violence has not spread.

Eleven people were arrested in the shootings. An Ulster court has granted the PSNI extra time to hold five of them for several more days without charges, CNN said.

U.S. News // 6 minutes ago
Walgreens to open 15 drive-through coronavirus test centers in 7 states
April 7 (UPI) -- National drug store chain Walgreens said Tuesday it will open more than a dozen drive-thru coronavirus testing sites in seven states, each capable of testing as many as 3,000 people per day. 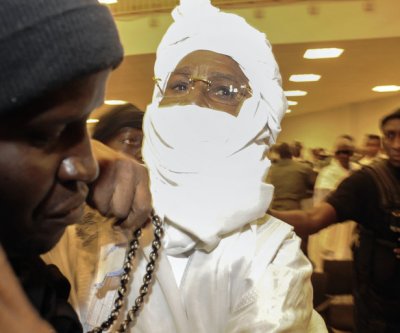