WASHINGTON, Feb. 24 (UPI) -- A Minnesota Somali group Tuesday invited FBI Director Robert Mueller to sit down to dinner with Muslims to get to know them.

There was no word on Mueller's response to the invite.

The invitation from the director of the Minnesota chapter of the Council on American-Islamic Relations came the day after Mueller said the Mumbai terrorist attack demonstrates that an idea-rich but cash-poor extremist group could target U.S. cities. The group is holding a community dinner Wednesday at the Abubakar As-Saddique Islamic Center in Minneapolis.

"We invite Director Mueller to attend the dinner and to help us build channels of communication between the FBI and the Minnesota Somali community," said CAIR-MN Communications Director Jessica Zikri. "It is through open and constructive communication that we can best defend our nation's security and protect civil liberties."

Mueller discussed the assault on the Indian entertainment and financial hub in which 170 people died and its ramifications for global terror during his Monday appearance before the Council on Foreign Relations.

While the primary threat still comes from tribal areas of Pakistan and Afghanistan, Mueller said the intelligence community has observed "persistent activity" elsewhere around the world as well as homegrown U.S. terrorists.

"(We) have learned of young men from communities in the United States, radicalized and recruited here to travel to countries such as Afghanistan, Iraq, Yemen or Somalia," he said.

He cited a Minneapolis man who became what the FBI believes is the first U.S. citizen to carry out a terrorist suicide bombing that occurred in October in Somalia.

"The prospect of young men, indoctrinated and radicalized within their own communities, and induced to travel to ... countries to take up arms and to kill themselves and perhaps many others, is a perversion of the immigrant story," Mueller said. 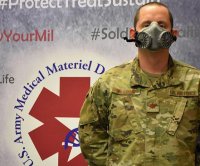 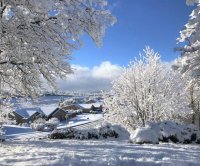 U.S. News // 2 hours ago
'Dangerous' winter storm creates hazardous travel in Arizona
The highest elevations of the Southwest were the first to feel the effects of a storm that will spread a wide swath of snow, ice and rain from the nation's midsection to the East Coast into Wednesday.

U.S. News // 3 hours ago
DOJ inspector general to investigate possibility of efforts to overturn election
Jan. 25 (UPI) -- The Justice Department's Inspector General's Office announced Monday it is opening an investigation into whether any department officials tried to change the results of the presidential election.

U.S. News // 3 hours ago
Juvenile arrested in Indianapolis shooting that killed 6
Jan. 25 (UPI) -- Indianapolis police announced the arrest of a juvenile boy in the shooting deaths of six family members, including a pregnant woman and her unborn child.