WASHINGTON, Jan. 26 (UPI) -- A virulent computer virus has infected as many as 15 million computers around the world so far, according to various estimates.

The virus -- a self-replicating computer worm known as Downadup, Conficker or Kido -- spreads across computer networks using Microsoft Windows software which have not been patched or updated properly. Microsoft issued a patch that fixes the vulnerability the virus exploits last October.

The Independent on Sunday newspaper said in London at the weekend that more than 3,000 British organizations, including hospitals and the Ministry of Defense, have been hit by the virus.

But U.S. computer security firm Symantec noted on its blog last week that very few computers in North America had been infected, a trend which it attributed to the greater prevalence of legal and fully patched software.

"China, India and Russia all have a high percentage of pirated software in use and these countries also feature in the top 10 countries (for) Downadup infections," said the blog. "The lack of patching due to piracy may be a contributory factor to high infection rates in those countries," the blog concluded.

The Independent on Sunday said as many as 15 million computers worldwide had been infected, but most other estimates are in the 8 million to 12 million range. Helsinki-based Internet security software firm F-Secure said on its blog infections may have peaked.

Security experts say the virus' purpose is still unclear and the network of infected computers it has created has yet to be activated. Most such malicious software is used by criminal gangs to send spam or launch so-called denial of service attacks.

The virus primarily spreads through unpatched Windows networks, but computers can also become infected via a USB flash drive.

To protect themselves, users should download Microsoft patch MS08-067 and update their antivirus software. 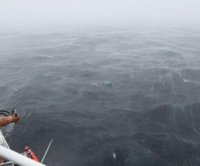 U.S. News // 3 hours ago
Search underway for 4 fishermen after boat sinks in Atlantic
Nov. 23 (UPI) -- The U.S. Coast Guard said a search was underway Monday for four fishermen after their boat sank off the coast of Massachusetts. 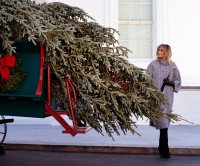 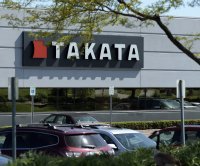