Pericles Panagopoulos was freed Tuesday, eight days after he was abducted. He was found by a passing police car near the industrial district of Aspropyrgos, just west of Athens, The Times of London reported.

Despite chronic diabetes and a serious heart condition, Panagopoulos is in good shape and was getting ready to debrief police, the newspaper said. Family sources told The Times that $39 million was the likely ransom amount, although media accounts have differed. The kidnappers initially demanded $52 million when Panagopoulos was kidnapped at gunpoint outside his home on Jan. 12.

The Times said it appears that the passenger ferry magnate's wife, Katerina, played a big role in contacting the kidnappers and negotiating the demanded ransom. She had also warned the Greek media against complicating her husband's fate by needless speculation on the air, the newspaper said. 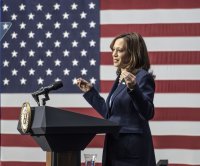 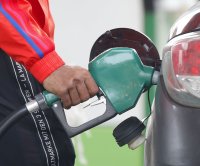 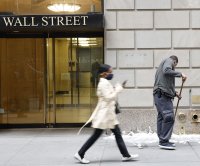 U.S. News // 3 hours ago
Fed survey: Many in U.S. felt OK about finances at end of 2021 despite poorer view of economy
May 23 (UPI) -- According to a yearly assessment by the Federal Reserve, many Americans were already concerned at least somewhat about the U.S. economy late last year before the rising inflation and energy prices that have marked 2022.