GAZA, Jan. 17 (UPI) -- Israel Saturday declared a unilateral cease-fire would take effect in Gaza, but Israeli forces in the troubled region would remain in place for the time being.

The Israeli Security Cabinet voted earlier in the day in favor of a 10-day unilateral cease-fire in Gaza. The cease-fire, pushed by Egypt, was to take effect at 2 a.m. Sunday local time, The Jerusalem Post reported.

Israeli officials said troops would remain in Gaza until Hamas stops firing rockets. Prime Minister Ehud Olmert said after the cabinet meeting that Israel's aims in the air and ground war had been "met in full."

Olmert addressed the nation Saturday night and said Hamas had "suffered a major blow," The New York Times reported. He said if Hamas continues firing rockets into Israel "the Israeli Army will regard itself as free to respond with force."

Khaled Meshaal, the exiled Hamas political leader, said at an Arab summit in Qatar this week that the militant organization would not agree to a cease-fire unless Israel withdraws completely from Gaza. Egypt and Saudi Arabia stayed away from the conference while Mauritania and Qatar announced they were suspending commercial and diplomatic ties with Israel.

The Israeli bombardment of Gaza continued Friday night and Saturday morning. More than 1,300 Palestinians are believed to have died in more than three weeks of fighting, while 13 Israelis have been killed by Hamas rocket fire or in combat. 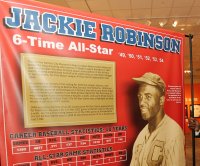