"We would like very much to obtain a cease-fire, the sooner the better. And in that direction we are going to keep on working and the cooperation with Egypt is going to be fundamental," said Javier Solana, the EU's foreign policy chief.

Voice of America reported Monday that the Israeli government has made assurances of cooperation and humanitarian access, but gave no indication that a cease-fire with Hamas is imminent.

"I can understand the desire of the international community to see the region calm. This is our dream as well," Livni said. "This is what we are looking for. Unfortunately, there are those who cannot accept the idea of living in peace in this region."

Describing Hamas as a terrorist organization linked to Hezbollah in Lebanon, to Syria, and to Iran, she said Israel's fight against Hamas goes beyond self defense.

"What we are doing represents the battle in this region in the fight against extremism and terror," Livni said. 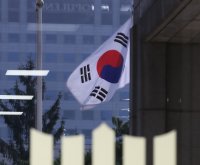 World News // 1 hour ago
South Korea requests Belgian Embassy cooperate on 'slapping' incident
April 21 (UPI) -- South Korea is requesting cooperation of the Belgian Embassy in Seoul after video of an undiplomatic incident at a local boutique went viral in the country.

World News // 2 hours ago
Kremlin leader Putin says nations that threaten Russia will 'regret' it
April 21 (UPI) -- Russian President Vladimir Putin said annual in his state of the nation address on Wednesday that any country that threatens Russia will regret it "in a way they've never regretted anything before." 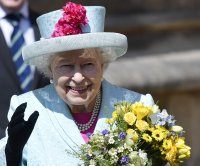 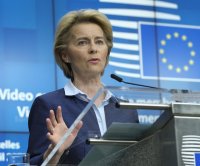