Blagojevich became incapable of governing the state once federal authorities accused him of allegedly trying to profit from his power to appoint a successor to the U.S. Senate seat of President-elect Barack Obama, Schakowsky said Tuesday on the CBS "Early Show."

While Blagojevich has said he will not resign and has committed no crime or wrongdoing, Schakowsky said the governor may not be thinking clearly.

"The charges that were leveled against him are so fantastical, where he was imagining himself being appointed secretary of Health and Human Services or an ambassadorship," Schakowsky said. "And so, you know, it seems like the grip on reality -- political reality, anyway -- is pretty slim."

Schakowsky has been mentioned as one of Obama's choices to replace him in the Senate. Under current law, only the sitting governor has the power to make that appointment.

U.S. News // 3 hours ago
Weather conditions to increase wildfire danger in Western U.S.
Sept. 23 (UPI) -- A heat dome is expected to bring high temperatures to the Western United States, which has already been plagued by wildfires that have burned nearly 4 million acres throughout the region.

Defense News // 6 hours ago
Military medical personnel dealing with COVID-19 return home
Sept. 23 (UPI) -- About 740 military personnel stationed in Texas and California to deal with the COVID-19 pandemic have returned to home units, the Army said on Wednesday.

U.S. News // 12 hours ago
Fauci: Enough COVID-19 vaccines for all Americans by April
Sept. 23 (UPI) -- The nation's leading infectious diseases expert, Dr. Anthony Fauci, told Congress on Wednesday that he believes the United States will have enough doses of a coronavirus vaccine to distribute to every American by April. 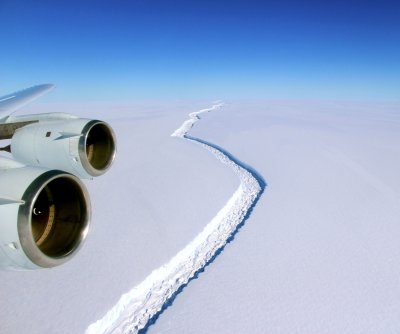