COLUMBIA, S.C., Dec. 12 (UPI) -- A federal judge has barred South Carolina from issuing license plates that include a cross and the words "I believe," ruling that they are unconstitutional.

U.S. District Court Judge Cameron McGowan Currie granted a preliminary injunction Thursday, The Greenville News reported. Americans United for Separation of Church and State sued this year, arguing that the plates violate the Constitution's establishment clause because they are primarily aimed at Christians.

Currie said the plates, to be legal, must pass a three-part test -- that they have a primarily secular purpose and a secular effect and avoid involving government and religion.

"I find it unlikely the act satisfies even one of these," she said.

No plates have been issued, although several hundred car owners have ordered them.

State Attorney General Henry McMaster said he would urge the Division of Motor Vehicles and the Department of Corrections to appeal quickly.

"I am extremely disappointed in the court's ruling, and feel the 'I Believe' license tag is completely constitutional," McMaster said.

The lawsuit had support from groups and religious leaders that included Christians, Jews, Muslims and Hindus, The State reported. World News // 4 hours ago
Iceland holds elections with a record number of parties expected to take power
Sept. 25 (UPI) -- Icelanders went to the polls on Saturday with a record nine parties likely to be seated in the country's parliament. 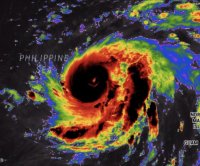 World News // 8 hours ago
Indian PM Modi touches on Afghanistan, pandemic in U.N. address
Sept. 25 (UPI) -- Indian Prime Minister Narendra Modi touched Saturday on the the situation in Afghanistan and the COVID-19 pandemic, among other issues in his U.N. address.
Advertisement