DETROIT, Nov. 29 (UPI) -- A fetus found in a Detroit sewage treatment plant could have come from anywhere in Wayne County, police said.

Workers at the Detroit Water and Sewerage Department plant found the fetus Friday afternoon, The Detroit News reported. It appeared to be at 3- to 4-months gestation.

Second Deputy Chief James Tate said that there is no proof a crime has been committed. He suggested that the fetus is most likely the result of a miscarriage.

The sewage treatment plant, the largest in the country, handles waste water for Detroit and 76 other municipalities in Wayne County. 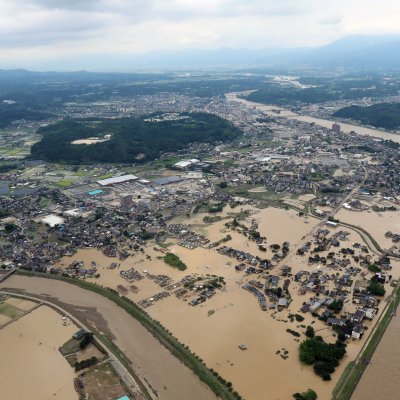 World News // 4 hours ago
Over 200,000 evacuated as flooding, mudslides strike southwestern Japan
Japan's Meteorological Agency issued a dire warning of flooding and landslides for two prefectures in southwestern portions of Japan as an unprecedented deluge unfolded Friday into Saturday.