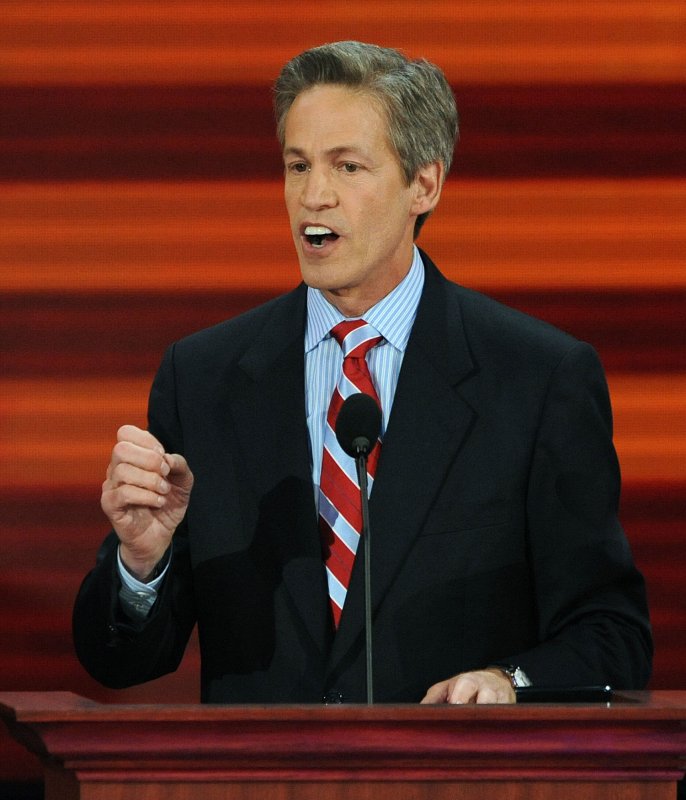 Liberal radio host and former Saturday Night Live star Al Franken announced on his final Air America radio show on February 14, 2007, he will seek the Democratic nomination to run for the U.S. Senate seat now held by Minnesota Republican Norm Coleman. Franken is pictured in this file photo in Los Angeles on March 25, 2006 at the Human Rights Campaign gala, where he received the Humanitarian Award. (UPI Photo/Jim Ruymen/FILE) | License Photo

Coleman sued Franken over ads that say he is the fourth most corrupt U.S. senator and lives "almost rent-free" in a Washington apartment, The Hill reported Thursday.

"Mr. Franken has chosen to push the lines of believability far beyond the bounds of the truth," said Mark Drake, communications director for Coleman's campaign. "That is his right -- but it is not his right to break Minnesota campaign law, and we believe that is what Mr. Franken and his campaign have done."

"Our ads are factual and true, even if Norm Coleman doesn't like being held accountable for his conduct," Murray said. "Every time someone tries to hold Norm Coleman accountable, he runs to court to try to weasel his way out of it. And none of the three prior times he's done this has he been successful, and he won't be this time, either."

Citizens for Responsibility and Ethics in Washington published a list of the 20 "most corrupt" members of Congress this year. Coleman is not on the top 20 list, which names three senators, but is the first senator named on the "dishonorable mention" list.

U.S. News // 13 hours ago
Shot of snow to deliver slippery spots, cold for Plains, Midwest
Feb. 28 (UPI) -- A swath of snow is forecast to streak across the northern tier of the country, opening the door for a blast of colder air to filter in from Canada.