Dr. Stanley Muwanguzi has been working as a critical care physician on a temporary foreign worker permit since 2002 and applied for permanent resident status for himself, his wife, two sons and a daughter already in Alberta, the Canadian Broadcasting Corp., reported.

His 22-year-old daughter has been institutionalized in South Africa with cerebral palsy since she was 18 months old, the report said. Muwanguzi said he had no intention of "destabilizing" the girl by moving her to Canada. He visits her twice a year, he said.

A letter from immigration officials denied Muwangazi's request for permanent status, saying a "person whose health condition, severe developmental delay associated with cerebral palsy, might reasonably be expected to cause excessive demand on health or social services" is inadmissible to Canada.

Muwanguzi has appealed but said if things don't happen soon he'll move to the United States, the CBC said.

U.S. News // 19 minutes ago
L.A. County proposes settlement with 2 families in Kobe Bryant crash case
Oct. 28 (UPI) -- The Los Angeles County Board of Supervisors proposed a $1.25 million payoff each for two families who accused first responders of improperly sharing photos of their relatives killed in a helicopter crash. 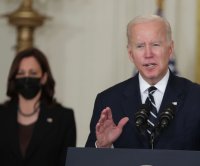 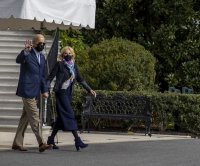 U.S. News // 2 hours ago
Biden to head to Europe for meeting with pope, G20, COP26 summits
Oct. 28 (UPI) -- President Joe Biden begins a tour of Europe on Thursday -- during which he is scheduled to meet Pope Francis, participate in the G20 summit and attend a major climate change summit.