McCain tries to keep Virginia in the red 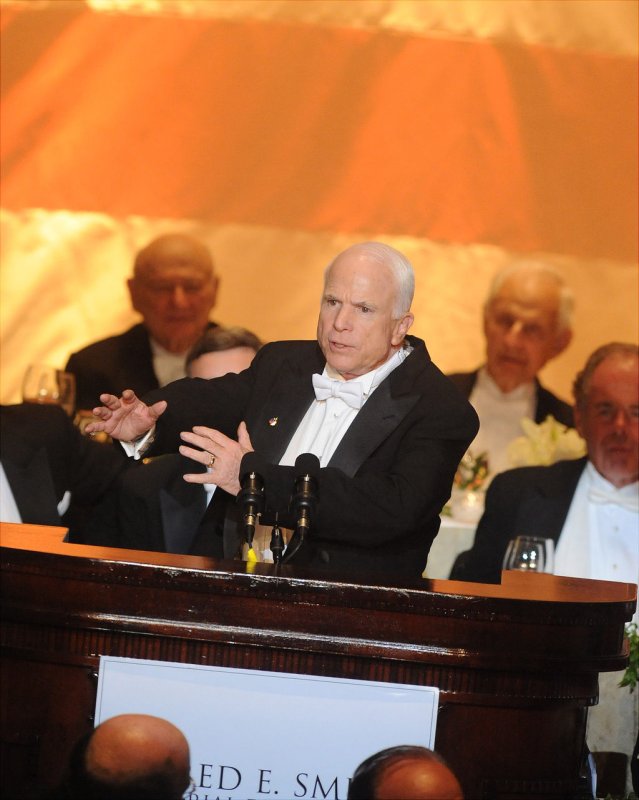 Both candidates visited Virginia -- Obama attended a campaign event Thursday in conservative Roanoke while McCain on Saturday is to visit Prince William County, where he hopes to cut into Obama's Northern Virginia base.

"People have no idea how hard you have to work to shake the tree for every last vote," said Rob Catron, a political consultant who manages GOP campaigns in the Hampton Roads area. Republicans "still think, somehow, that Virginia is bulletproof when it comes to presidential elections."

Until McCain tapped Alaska Gov. Sarah Palin as his running mate, "there was absolutely no enthusiasm for McCain's candidacy," said McCain supporter Michael Farris. "People were resigned to vote for him, but that was it. There was no reaching out. No one asked us to do anything. In the last few weeks, people have asked us."

World News // 34 minutes ago
9 dead, 8 missing after torrent sweeps South African church service down river
Dec. 4 (UPI) -- Nine people are dead and eight more are missing after a rush of water swept churchgoers down the Jukskei River in South Africa.

World News // 13 hours ago
Poland seeks restitution of 'stolen' Kandinsky painting sold at German auction for $400K
Dec. 3 (UPI) -- Poland's Ministry of Culture and Natural Heritage said it will take legal action and seek restitution after a Wassily Kandinsky painting allegedly stolen from the National Museum in Warsaw was sold at a German auction.

U.S. News // 16 hours ago
White House condemns Trump's call for 'termination' of U.S. Constitution
Dec. 3 (UPI) -- Former President Donald Trump on Saturday called for the "termination" of U.S. rules and regulations, "even those found in the Constitution," drawing condemnation from the White House later Saturday.