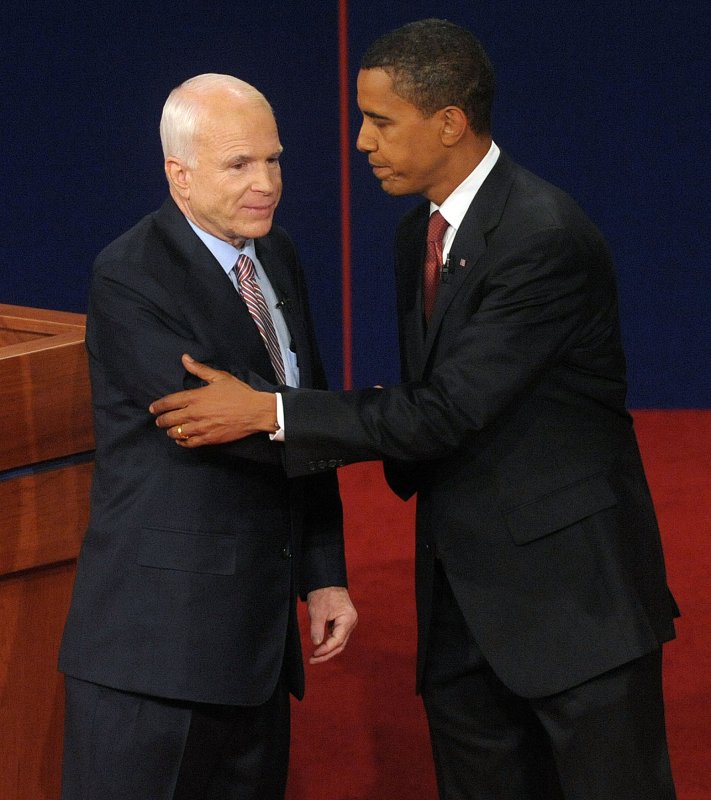 The Politico reported that Jill Hazelbaker, campaign communications director for Republican presidential nominee John McCain would "be there to vote on the bill."

Hazelbacker said the Arizona senator "expects to be able to support this bill, but we need to see what

emerges from the Senate," she told Fox News.

As for Democratic presidential nominee Barack Obama, he, too, will return to Washington for the vote.

"Senator Obama has always said that when the vote is close and his vote is needed, he will be there," Psaki said.

The Senate would vote on the package Wednesday.

Both candidates indicated Sunday they likely would support the bill.

U.S. News // 55 minutes ago
Google agrees to pay news publishers $1 billion for content
Oct. 1 (UPI) -- Tech giant Google said Thursday it has agreed to pay more than $1 billion to dozens of publishers for news content over the next three years, an answer to complaints that have been made for years by outlets.

Top News // 7 hours ago
On This Day: Las Vegas shooting leaves 58 dead
Oct. 1 (UPI) -- On Oct. 1, 2017, a gunman opened fire on a crowd attending a country music festival outside, killing 58 people and injuring hundreds of others.

Top News // 7 hours ago
UPI Almanac for Thursday, Oct. 1, 2020
On Oct. 1, 2017, a gunman opened fire on a crowd attending a country music festival outside, killing 58 people and injuring hundreds of others.