Palin billed Alaska for nights in own home

Palin, who is paid $125,000 a year, collected allowances intended to pay for meals and incidental expenses incurred during travel on state business, the newspaper said, citing an analysis of her travel documents. She billed taxpayers for travel expenses involved in taking her children on official missions and her husband, Todd Palin, billed the state for expenses for travel on official business with the governor.

Officials said the travel allowance is permissible. Palin spokeswoman Sharon Leighow told the Post the governor's expenses are not out of the ordinary.

Former Gov. Tony Knowles said travel expenses were at the center of "quite the little scandal" in 1988, when the head of Alaska's Commerce Department was criticized for collecting a $50 per diem while staying at his home.

"I gave a direction to all my commissioners if they were ever in their house … they were not to get a per diem because, clearly, it is and it looks like a scam -- you pay yourself to live at home," he told the Post. 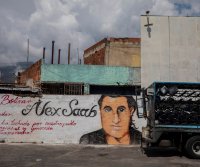