Morin, a former centrist member of Parliament until he joined Sarkozy's Cabinet, broke ranks with the president over the size and scope of Edvige. It has been set up as a security measure to collect personal data on French citizens, ranging from their circles of friends to their sexual preferences, The Times of London reported Monday.

"Surely this is a strange mixing up of categories," Morin said. "Is it useful to gather data such as telephone numbers, sexual orientation and details of taxes and assets and so on without knowing exactly what is the point?"

French Interior Minister Michele Alliot-Marie, who is heading the Edvige effort, telling The Times: "It is odd that Mr. Morin has not managed to find my telephone number. I would have set his mind at rest."

French civil libertarians have raised alarms since the sizable scope of the data collection system was revealed in July after the National Commission on Information Technology and Freedom, the data privacy watchdog, forced the government to publish the secret decree creating it, The Times said.

U.S. News // 6 minutes ago
Federal appeals court extends block on voting-by-mail expansion in Texas
June 4 (UPI) -- A three-judge panel of the 5th U.S. Circuit Court of Appeals extended its order blocking a lower court's sweeping ruling that would have allowed all Texas voters to qualify to vote by mail during the coronavirus pandemic

U.S. News // 13 hours ago
Judge advances murder cases of three men charged in Ahmaud Arbery killing
June 4 (UPI) -- A Georgia judge on Thursday advanced the cases against the three defendants charged with murder in the killing of Ahmaud Arbery to trial court.

U.S. News // 1 hour ago
Judge sets bail at $1M for three Minneapolis officers
June 4 (UPI) -- A Hennepin County, Minn., judge on Thursday set a $1 million bail for three former officers who were present during the arrest of George Floyd that led to his death last week. 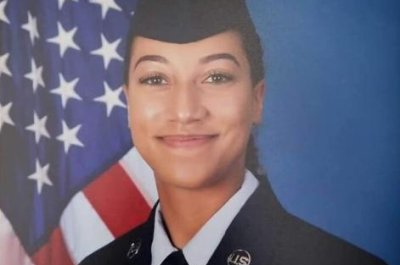