The attack comes just days before the start of the Summer Olympics in Beijing.

Two men driving a truck crashed into a group of policemen jogging during morning exercises in front of their barracks in Kashi, 870 miles southwest of Urumchi, capital of Xinjiang, Xinhua reported.

The two got off their vehicle after it hit a roadside utility pole and tossed home-made explosives into the barracks, the report said.

Fourteen of the 16 policemen were declared dead at the scene. The other two died en route to a hospital. The attackers also attacked other policemen with knives, the report said.

The two attackers were captured with one of them reportedly injured in the leg.

Xinjiang -- close to the borders of Tajikistan, Afghanistan and Pakistan -- is home to China's 8 million Turkic-speaking Uighur Muslims who resent what they see as Chinese attempt to dominate the region by encouraging the migration of ethnic Han Chinese.

Chinese authorities have said they are concerned militant groups from the region may stage attacks to disrupt the Summer Olympics which start Friday in Beijing.

Chinese authorities say they have dismantled 12 terrorist groups this year in Xinjiang, claiming the groups were part of transnational terrorist organizations, including the "Eastern Turkistan Islamic Movement" and "Hizb-e Tahrir Organization." 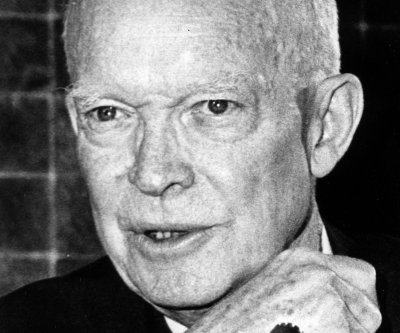 Defense News // 16 hours ago
Raytheon awarded $641.3M for work on Tomahawks for Navy
March 27 (UPI) -- Raytheon Missile Systems received two contracts totaling $641.3 million Friday for work on Tomahawk Missiles for the Navy, according to the Department of Defense.