Heralded by older conservatives as the last of the "Old South" politicians, Helms, who started out as a stalwart segregationist, later reached out to African-Americans and at times was a public voice for young conservative voters.

Despite his dominant run in the Senate, Helms is credited by some as helping North Carolina become a competitive two-party state, WTVD-TV in Raleigh, N.C., reported.

Helms, who retired from the Senate in 2003, is survived by his wife Dot; three children and seven grandchildren.

"He sticks to his guns and he doesn't mind firing them, either," former Senate leader Bob Dole said of Helms.

Asked late in his career how he would like to be remembered, Helms responded: "I would like for them to say, 'Well, he did the best he could.' If they say that, that'd be enough."

World News // 41 minutes ago
WHO study links longer work hours to heart disease, stroke, death
May 17 (UPI) -- People who work long hours, more than 55 per week, are at greater risk of ischemic heart disease and stroke than those who work normal work weeks, the WHO and International Labor Organization said in an analysis Monday.

World News // 56 minutes ago
China exempts 79 U.S. products from further tariffs
May 17 (UPI) -- China said it would extend tariff exemptions on goods from the United States and Canada. 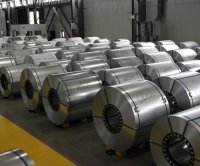 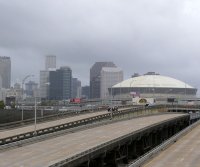