North Korea turned over its nuclear program documentation to China Thursday, a step the White House said was an important milestone in the multi-step process outlined in talks between North Korea, China, Japan, Russia, South Korea and the United States.

"North Korea has begun disabling its Yongbyon nuclear facility -- which was being used to produce plutonium for nuclear weapons," Bush said in a statement. "And to demonstrate its commitment, North Korea has said it will destroy the cooling tower of the Yongbyon reactor in front of international television cameras tomorrow (Friday)."

Bush said the information and documentation North Korea turned over to the Chinese will be "essential to verifying that North Korea is ending its nuclear programs and activities."

Under an agreement reached last year, North Korea agreed to denuclearization in exchange for diplomatic and economic incentives.

Bush issued a proclamation lifting provisions of the Trading with the Enemy Act and said he would seek to rescind North Korea's designation as a state sponsor of terror in 45 days.

"The next 45 days will be an important period for North Korea to show its seriousness of its cooperation," Bush said. "And during this period, the United States will carefully observe North Korea's actions -- and act accordingly." 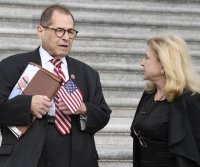 U.S. News // 36 minutes ago
New York court approves redistricting map, throwing some races into chaos
May 21 (UPI) -- A New York court formally approved the state's new congressional and state Senate maps, setting the stage for some Democratic incumbents to face one another in primary races. 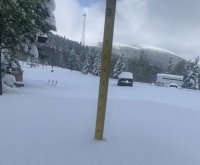 U.S. News // 1 hour ago
Colorado blasted with late-spring snowfall
As of Saturday morning, locales across Colorado were covered in snow, receiving more than a foot of snow amid plummeting temperatures.

World News // 3 hours ago
Russia-Ukraine war: Attack on Severodonetsk kills at least 6
May 21 (UPI) -- Russian attacks in and around the city of Severodonetsk in Ukraine's Luhansk region have killed at least six civilians, a Ukrainian official confirmed Saturday.