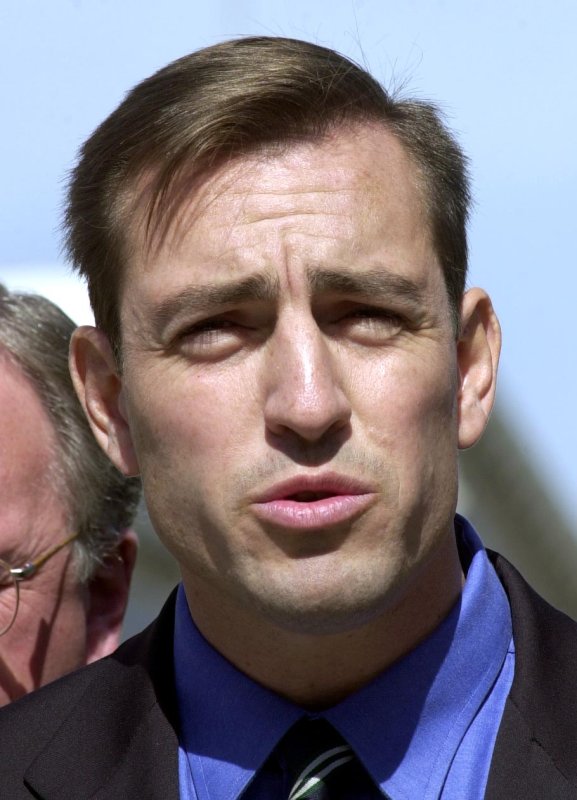 "I think we need to go back to the well and revisit everybody we considered," Brooklyn GOP Chairman Craig Eaton said.

Fossella had decided not to seek re-election in the wake of a drunken-driving arrest and revelation he fathered a child out of wedlock. His decision meant Powers, his former-fundraiser, was the expected GOP nominee for the November election, the Daily News reported Sunday.

Powers' son, Fran Powers, 47, had once considered running for the same seat as a candidate of the Libertarian party. Democratic leaders have endorsed Councilman Mike McMahon for the seat.

U.S. News // 40 minutes ago
Four White supremacists sentenced for attacking Black DJ in 2018
Jan. 31 (UPI) -- Four members of a White supremacist organization have been sentenced to jail on hate crime charges for assaulting a Black man at a bar in 2018.

U.S. News // 3 hours ago
10 wounded in broad daylight drive-by shooting in Florida
Jan. 30 (UPI) -- At least four gunmen in a sedan opened fire on both sides of a street in "a challenged neighborhood" of Lakeland, Fla., injuring at least 10 people, including two critically, authorities said.

U.S. News // 14 hours ago
President Biden proclaims Baltimore rail tunnel project a 'game changer'
Jan. 30 (UPI) -- President Joe Biden spoke the launch of a project in Maryland which will help ease one of the largest rail bottlenecks in the northeast corridor.

U.S. News // 14 hours ago
U.S. braces for winter storm across country, leaving ice and flooding
Jan. 30 (UPI) -- From the Rocky Mountains to the East Coast, the United States will be hit with a wintery storm system that could usher in flooding in the South and snow in the North.