NEW YORK, June 5 (UPI) -- U.S. experts said they are preparing for millions of cicadas to surface from six inches underground along much of the East Coast for the first time in 17 years.

The elusive insects, known for their deafening mating calls, live a short life above ground as they emerge for less than a month to take part in mating season, The New York Post reported Thursday.

Experts say they are anxiously anticipating the impending emergence of Brood XIV -- which appears in areas reaching from Georgia to Massachusetts -- because they will be able to follow up on how the populations have been affected by the development of their forest habitats.

"Cicadas have survived millions of years, even through ice ages, so if they are moving toward extinction, that is a concern," said John Cooley, an entomologist at the University of Connecticut.

U.S. News // 2 hours ago
Wisconsin Republicans vote not to endorse in gubernatorial primary
May 21 (UPI) -- The Republican Party of Wisconsin voted at its annual convention to refuse to endorse any of the party's four candidates for governor, a first in the party's history. 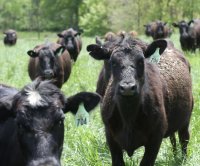 World News // 4 hours ago
Tornado touches down in German city, 43 injuries reported
May 21 (UPI) -- Police in Germany said 43 people were injured by a tornado that swept through a city amid a severe thunderstorm. 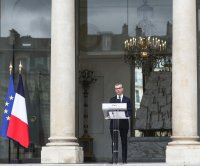 U.S. News // 8 hours ago
New York court approves redistricting map, throwing some races into chaos
May 21 (UPI) -- A New York court formally approved the state's new congressional and state Senate maps, setting the stage for some Democratic incumbents to face one another in primary races.
Advertisement