TORONTO, June 4 (UPI) -- A Toronto Transit Commission bus driver was fired after police found his blood alcohol level was allegedly three times over the limit while he was working.

Transit control radioed the driver to pull over, but after all of his passengers fled at one stop, he continued until police were able to pull him over, the Toronto Star said.

A roadside breathalyzer indicated a blood alcohol level more than three times the 0.08 limit, and a second, more comprehensive test at the police station showed the same, police said.

"The collective agreement allows for the TTC to immediately discharge an employee who is found to have consumed alcohol while on the job," he said.

The TTC union can appeal for his job to be reinstated with conditions, he said.

Satvinder Bisla, 48, will appear in court on July 29, the reports said.

World News // 4 minutes ago
Israel bans all travel from foreign visitors as COVID-19 Omicron cases grow
Nov. 28 (UPI) -- The world is bracing for the effects of a worrisome new COVID-19 variant, called Omicron, with banning travel from South Africa, where is was first detected, including Israel banning all foreign visitors. 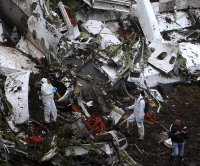 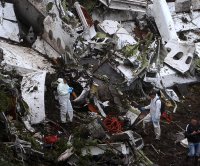