WASHINGTON, May 27 (UPI) -- Gov. Joe Manchin III says he is tired of stereotypes of West Virginia voters as uneducated, saying that Sen. Barack Obama can still win the state in November.

The chairman of the Democratic Governors Association remains neutral in the Democratic presidential battle between Obama and Sen. Hillary Clinton. But he reacts negatively to the idea that race was a factor in Obama's defeat during the West Virginia Democratic primary, The Washington Times reported Tuesday.

Manchin said the race factor is "so far off" from the truth about why Mrs. Clinton won the May 13 primary by an overwhelming 41 points. He said Obama should have spent more time in the state.

"I told both of them, Hillary and President Clinton both spent an awful lot of time here and it paid off for her. I'll guarantee you, (Obama) needs to come back and spend a little bit of time, and he'll do well also," Manchin told the Times.

Reports claimed rumors and false e-mails regarding Obama's faith and patriotism were part of the West Virginia campaign, prompting some Democratic activists and pundits to label the state's voters as backward, racist or uneducated. 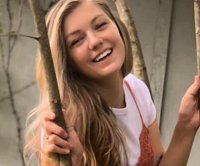 U.S. News // 9 hours ago
FBI: Human remains found in Wyoming 'consistent' with description of Gabby Petito
Sept. 19 (UPI) -- Human remains have been found Sunday at a national forest in Wyoming where authorities were searching for a Florida woman who went missing during a cross-country road trip with her fiancé who returned home without her.

World News // 6 hours ago
First migrants deported from U.S.-Mexico border arrive back in Haiti
Sept. 19 (UPI) -- Two flights carried the first group of Haitian migrants that had gathered near the U.S.-Mexico border back to the country on Sunday morning.

World News // 11 hours ago
Malaysia COVID deaths spike with sixth-most in week; world down 5%
Sept. 19 (UPI) -- Malaysia has become a coronavirus hotspot with the sixth-most death among nations last week despite overall being only 31st as world's fatalities declined 5% and cases 9%.