YANGON, Myanmar, May 16 (UPI) -- The military junta ruling Myanmar claims that more than 90 percent of voters supported a new constitution.

Only part of the country, formerly known as Burma, voted in Saturday's referendum. The vote was postponed to May 24 in Yangon and the Irawaddy Delta because of the chaos caused by Cyclone Nargis.

Government newspapers and broadcasters reported that the commission that ran the referendum said that 92.4 percent of those casting ballots supported the constitution, the Los Angeles Times said.

Opponents of the ruling generals in Myanmar say that the constitution's aim is to guarantee continued rule by the military.

The 194-page document would specifically prevent Aung San Suu Kyi, the leader of the opposition, from running for office because she was married to a British man. Many of her supporters would also be unable to run because their political activities have led to criminal records.

The junta has promised to have multiparty elections in 2010.

U.S. News // 14 minutes ago
Poll: Most in U.S. don't think women have achieved equality
Aug. 10 (UPI) -- Women still have a ways to go to achieve equality with men in the workplace and in politics, a new Gallup survey said Monday. 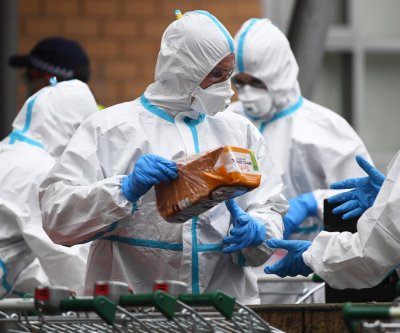