WASHINGTON, April 2 (UPI) -- Some Democratic leaders say that Chairman Howard Dean should be doing more to push the fight for a U.S. presidential nominee to a conclusion.

"I think he should be talking to governors and Al Gore and John Kerry," Donald Fowler, a former chairman who backs Hillary Clinton, told The New York Times. "I think he should be convening almost daily conversations with people -- including the campaigns -- trying to reach a solution."

Clinton is trailing her Senate colleague, Barack Obama, in the battle for delegates. Last week, after Dean said he wanted the party to have a nominee by July 1, Clinton said she planned to keep going until the convention.

Leaders in the two campaigns say they have heard little from Dean about the campaign tone, although he publicly urged Clinton and Obama last week to drop attacks on each other.

Dean told the Times he is assembling ammunition for the fall campaign.

"I'm making calls all the time to people," he said. "I've spoken to a great number of leaders who are not aligned. The operative thing here is let the voters get to have their say before the Washington politicians have their say." 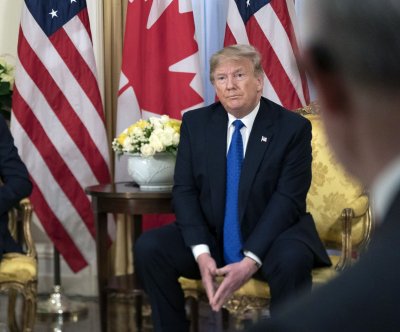 Defense News // 3 hours ago
Boeing extends plant shutdowns in Washington state
April 6 (UPI) -- Boeing Co. announced an extension of a production suspension in its Washington state facilities, and signaled that layoffs and buyouts could be coming, as a result of precautions to stem the spread of COVID-19.