MIAMI, March 20 (UPI) -- A stingray leaped from the water off the Florida Keys Thursday, killing a woman who had been sunbathing on a boat, wildlife officials said.

Jorge Pino of the Florida Fish and Wildlife Conservation Commission told CNN it was unclear whether the 55-year-old Michigan woman died from the 75-pound eagle ray's barb or whether she hit her head. She was pronounced dead at Mariner Hospital in Tavernier.

"It's just as freakish of an accident as I have heard," Pino told CNN. "The chances of this occurring are so remote that most of us are completely astonished that this happened."

World News // 20 minutes ago
WHO team studying COVID-19's Wuhan origins exits quarantine
Jan. 28 (UPI) -- A team of experts with the World Health Organization on Thursday completed their two-week quarantine in the central Chinese city of Wuhan where they are to investigate the origins of the coronavirus pandemic. 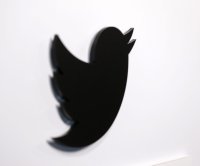 U.S. News // 4 hours ago
Man charged with murder, assault in Portland hit-and-run rampage
Jan. 28 (UPI) -- A district attorney in Oregon has charged a 64-year-old man with murder, accusing him of driving his car into several people, including a grandmother who died in the vehicular attack. 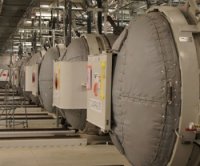 U.S. News // 6 hours ago
Capitol Police union condemns leadership for failing to notify officers of riot threat
Jan. 27 (UPI) -- Capitol Police Labor Committee Chair Gus Papathanasiou said Wednesday it was "unconscionable" that leadership was aware of the threat of the Jan. 6 riot at the Capitol and failed to properly inform officers.