TINLEY PARK, Ill., March 2 (UPI) -- Police insist a man who killed five women at a suburban Chicago store in February will be caught but the investigation has led nowhere, a published report said.

Fewer officers are assigned to the case, the Chicago Sun-Times reported Sunday. More than 50 detectives were involved immediately after the killings.

The gunman shot six women at a Lane Bryant store in a mall in Tinley Park Feb. 2. One victim survived the shooting.

"I resent that implication," he said. "I'm very comfortable we're gonna catch that guy. We're confident that we're going to get him. Information is still coming in at a steady rate, and there are binders full of tips that we haven't followed yet."

Experts say stranger killings are the most difficult to solve. Gregg McCrary, a former FBI profiler, said police sometimes get a break -- the arrest of someone who knows the killer and is willing to trade information, or a witness coming forward because of a gnawing conscience. 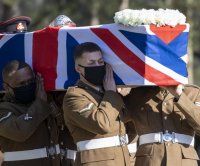 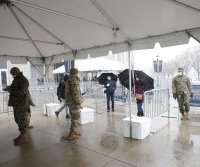 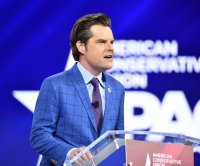