A judge in Leeds allowed Phullan Bibi, 52, her daughters, Nazia Naureen, 28, and Uzma Khan, 23, and Uzma's husband Majid Hussain, 28, to remain free until they are sentenced in March, the Yorkshire Post reported.

"You should all return to the court in preparation for a custodial sentence," Judge James Stewart said.

A pathologist testified at the trial that Sabia Rani had 15 broken ribs and bruises over her body. She died five months after she arrived in Britain from Pakistan.

Malcolm Taylor of the Crown Prosecution Service said that few people have been convicted of failing to protect a vulnerable adult, The Times of London reported.

"Sabia Rani was the victim of horrific violence at the hands of her husband while her family chose to do nothing," he said.

Uzma Khan testified for her brother at his trial, saying her sister-in-law's injuries were caused by evil spirits.

U.S. News // 2 hours ago
Europe's cases subside as deaths surge; world's infections near 63 million
Nov. 29 (UPI) -- Coronavirus deaths have been surging throughout Europe but cases have been subsiding after reaching record levels recently with nations implementing restrictions, including lockdowns.

U.S. News // 6 hours ago
Severe storms to roar to life across South, mid-Atlantic
A strengthening storm is set to unleash major impacts across much of the eastern half of the country for the end of the weekend and through the early week. 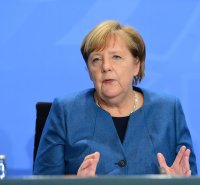