CHICAGO, Feb. 2 (UPI) -- Five women were shot dead Saturday morning in a Lane Bryant store in a Chicago-area mall in what police said might have been a robbery gone wrong.

Police responded to a report of gunfire and found several people shot at the Brookside Marketplace in Tinley Park, Ill., the Chicago Tribune reported. The call came in at 10:44 a.m.

The bodies were in a back room, The Chicago Sun-Times said. At least one was a customer.

A police source told the Sun-Times that some valuables were taken.

Police were still searching for a suspect late Saturday.

The Brookside Marketplace is just off Interstate 80 about 15 miles south of Chicago.

Police had not identified the victims Saturday evening pending notification of families. But relatives said that Carrie Hudek Chiuso, a social worker from Frankfort, was gunned down while shopping at Lane Bryant.

"She is the most wonderful person, and that maniac took a piece of all of us," said Jennifer Hudek, a sister-in-law. 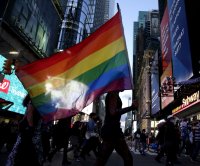 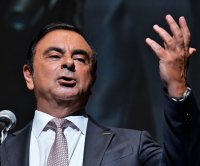 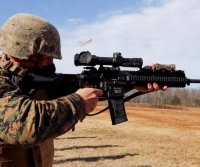