"If a lottery prize hasn't been picked up in three months, it probably never will be," Hill said.

The majority of lottery tickets expire after either 90 days, 180 days or one year, depending on state rules.

Powerball and Mega Millions, the two multistate lottery games, return unclaimed prizes to the states proportionately, based on the number of tickets sold.

There are 42 states that operate lotteries, and the majority of them keep unclaimed prize money for education and other programs, the report said.

There is a $31 million unclaimed Mega Millions ticket sold this year in New York while the biggest-ever lost fortune was a $51.7 million Powerball ticket sold in Indiana in 2002. 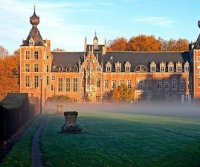 Defense News // 5 hours ago
James Guerts announces retirement from Navy's second-highest rank
Aug. 5 (UPI) -- James Guerts, who was acting undersecretary for the U.S. Navy since February, announced Wednesday that he would retire from the service at the end of August.
Advertisement