The state's inspector general found that shoddy work by analysts in the department's crime laboratory could open the door to a flood of criminal appeals, The New York Times reported Tuesday.

The mistakes in the laboratory were found to have been made in 2002. Some of the evidence has been destroyed, making any new tests very difficult, according to the state review released Monday.

The sloppy testing might have involved "dry-labbing," or failing to test all the bags when many were seized, a practice acknowledged by the department, the newspaper reported.

The department either transferred or disciplined three technicians who failed internal tests of their accuracy in 2002.

"The integrity of evidence is a cornerstone of law enforcement," state Inspector General Kristine Hamann said. "These lapses were a threat not only to the prosecution of drug crimes, but to the public's trust in our criminal justice system."

Hamann has recommended that the Queens District Attorney Richard Brown consider pursuing criminal charges against the three former crime analysts and against W. Mark Dale, a former director of the criminal laboratory who retired in 2004. 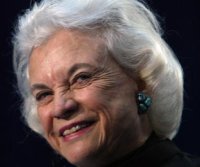