CHICAGO, Nov. 3 (UPI) -- Former Illinois Gov. George Ryan is awaiting word from the U.S. Supreme Court on whether he must report to a prison in Wisconsin next week.

Federal prison officials reassigned Ryan to a minimum-security prison camp in Oxford, Wis., because his original assignment in Duluth, Minn., would have required his family to travel twice as far for visits, the Chicago Tribune reported Saturday.

"Obviously, we're grateful to the Bureau (of Prisons) for taking into account the travel time," said former Gov. James Thompson, one of Ryan's lawyers, told the Tribune. "That's the only difference. A prison is a prison."

U.S. Supreme Court Justice John Paul Stevens is to decide on whether Ryan can remain free pending appeal of his April 2006 corruption conviction. Ryan was sentenced to 6 1/2 years after a federal jury found, as secretary of state and governor, he doled out sweetheart deals to friends and used state resources for political gain.

Former residents of the Oxford prison include U.S. Rep. Dan Rostenkowski, once chairman of the House Ways and Means Committee and several former Chicago aldermen. The Oxford prison has no fences and holds only non-violent inmates. 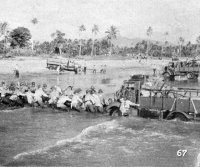