Health officials through agencies like Michigan's WomanCare have pointed out that since the U.S. Supreme Court passed the act, they have been forced to use medical procedures that make abortions increasingly risky and painful, The Detroit News said Monday.

WomanCare medical director Alberto Hodari said that health officials are being forced to do additional procedures to ensure they follow the act's strict guidelines. Among these more risky procedures is the use of digoxin medication that ensures the fetus is not alive at the time of removal, as per the act's guidelines.

Prior to the act's passage, many abortion clinics only used a natural medication known as laminaria to dilate a woman's cervix for the procedure.

Hodari told the newspaper that such added procedures not only are more painful for patients but place them at undue risk.

"It was much simpler and much less dangerous than what we are doing now," Hodari said. "But this is now the law. It's awful. It's unnecessary. It's dangerous."

World News // 16 minutes ago
Sanctions on North Korea effective despite illicit activity, analyst says
April 13 (UPI) -- North Korea's methods of evading sanctions have not been enough to offset their impact, according to a new study.

U.S. News // 25 minutes ago
Asian ride-share app Grab set for record $40B debut on Wall Street
April 13 (UPI) -- Singapore ride-hailing startup Grab announced on Tuesday that it plans to go public with the help of a special purpose acquisition company that would value the company at about $40 billion. 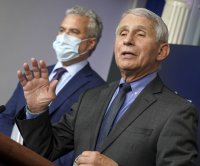 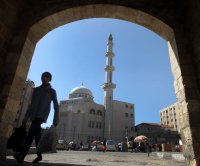